CTOS AT A GLANCE

To find out if your organization or agency is qualified, call 877.963.2867 or email ctosreg@nv.doe.gov 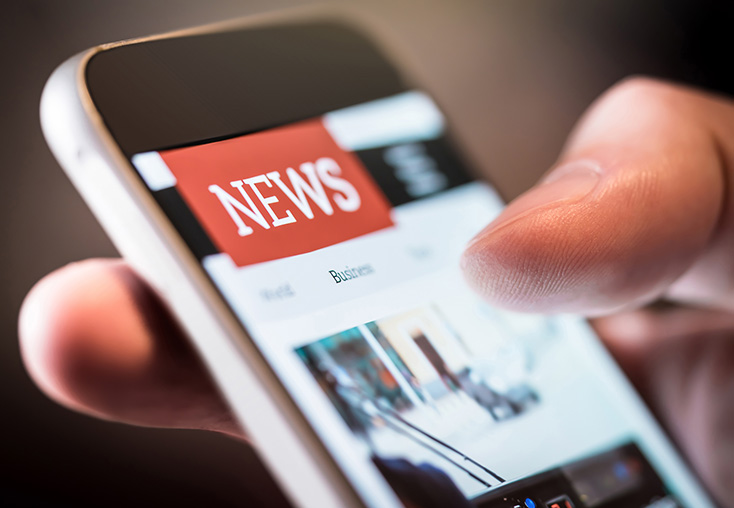 CTOS has resumed both Residential and Mobile training. Contact us today to register for residential training or to request a mobile delivery. CTOS continues to monitor the guidance of the CDC and state of Nevada as it relates to COVID-19. The safety, security, and well-being of our students and staff is our number one priority. All deliveries are being executed following all Federal and local guidance. 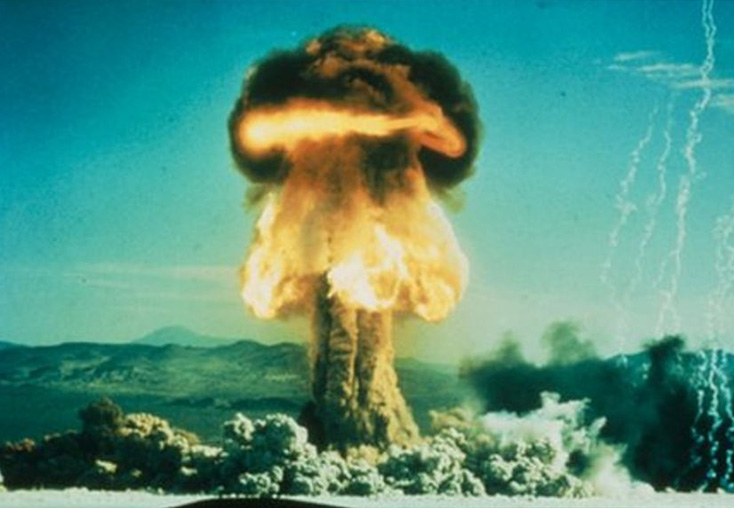 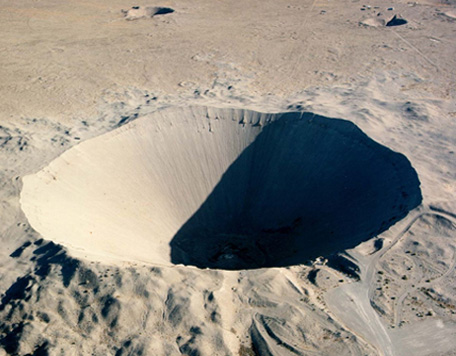 Its continuing role is to provide expertise and training to the state and local emergency response community. The NDPC was formed in 1998 as a partnership of several nationally recognized public universities, the DHS, and NNSA. The members are bound together into a single, well-coordinated, and fully integrated weapons of mass destruction (WMD) response and prevention training program of the highest caliber.

Since the 1950s, the NNSS has been conducting training and exercises using radioactive materials and contaminated environments. The rich nuclear testing history of the NNSS offers dynamic training opportunities today. The 1,375 square miles of secluded and secure land at the NNSS provide a safe environment for training in realistic WMD scenarios. 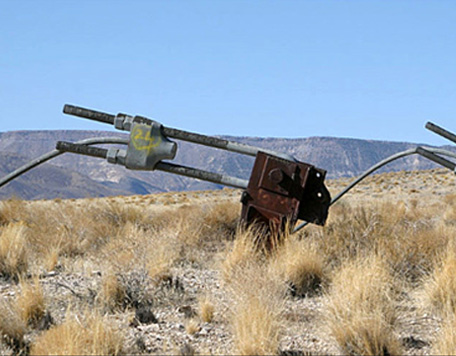 In 1955, the Federal Civil Defense Administration constructed a small town at the T-1 Site. The town included houses and bungalows built to various building codes, electric power systems, a radio broadcasting station, weigh station, propane tank farm, vehicles, fire equipment, food supplies, and other items used for the test. In a nationally televised event on May 5, 1955, this community was devastated by a 29-kiloton nuclear detonation in order to evaluate the effects of a nuclear explosion on civilian communities and test the emergency response capabilities of Civil Defense organizations. Four nuclear devices were detonated at this location between 1952 and 1957, and the small amount of nuclear fallout remaining from these detonations is now below the surface of the soil, providing a realistic and safe training area. Adding to the realism, radioactive debris created during the nuclear detonations, such as twisted steel fragments and sand melted into radioactive glass (trinity glass or trinitite), is still scattered throughout the T-1 Site. Industrial, sealed radioactive sources are also placed in exercise areas to create elevated radiation levels and the realistic training venues needed for training objectives. 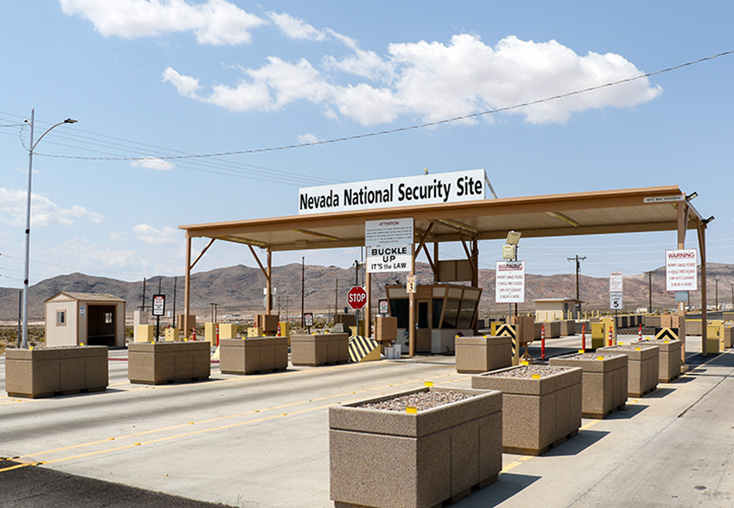 Prior to 9/11, state and local jurisdictions had minimal radiological or nuclear detection capability. Not until after the catastrophic events of 9/11 were the threats of Radiological Dispersal Devices (RDDs) or Improvised Nuclear Devices (INDs) taken as seriously as they are today. Instructor-led courses developed after 9/11 have been customized to address and enhance first responder ability to respond effectively to the detonation of an RDD or IND. CTOS training expanded in 2002 with awareness level courses and added a force-multiplying train-the-trainer program that allowed CTOS to reach more first responders.

Over the years, the CTOS contribution to national preparedness has been substantial, training responders from all 50 states and each U.S. territory. Since September 11, 2001, more than 268,000 first responders have been trained, through direct delivery of CTOS curriculum by DHS-certified instructors and indirect delivery of course materials through Train-the-Trainer programs and web-based training. Today, the various CTOS programs meet the training and education needs of more than 20,000 emergency responders in state, local, and tribal governments each year, protecting the nation from a potential radiological or nuclear WMD.

The NNSS Radiological/Nuclear WMD Incident Exercise Site (T-1 Site) is like no other training ground in the United States. Four nuclear devices were detonated at this location between 1952 and 1957, and the small amount of nuclear fallout remaining from these detonations is now below the surface of the soil, providing a realistic and safe training area today. The soil emits low levels of radiation, simulating widespread radiological contamination from an IND or multiple RDDs, yet posing minimal risk to participants. Adding to the realism, radioactive debris, such as twisted steel fragments and sand melted into radioactive glass (trinity glass or trinitite), are still scattered throughout the T-1 Site. Industrial, sealed radioactive sources are also placed in exercise areas to create higher levels of radiation as needed for training objectives. 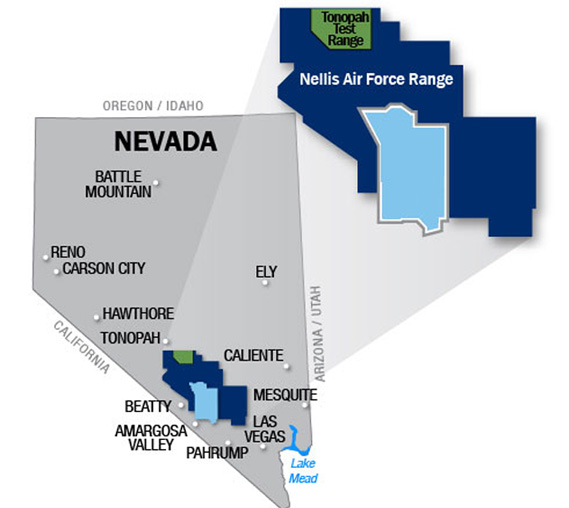 A unique national resource, the Nevada National Security Site (NNSS) formerly known as the Nevada Test Site, is a massive outdoor laboratory and national experimental center that cannot be duplicated. Larger than the state of Rhode Island, approximately 1,375 square miles, the NNSS is one of the largest restricted access areas in the United States.

The remote site is surrounded by thousands of additional acres of land withdrawn from the public domain for use as a protected wildlife range and for a military gunnery range, creating an unpopulated land area comprising some 5,470 square miles.

Established as the Atomic Energy Commission's on-continent proving ground, the NNSS has seen more than four decades of nuclear weapons testing. Since the nuclear weapons testing moratorium in 1992 and under the direction of the DOE, NNSS use has diversified into many other programs such as hazardous chemical spill testing, emergency response training, conventional weapons testing, and waste management and environmental technology studies.

For more information on the Nevada National Security Site, please visit the website at: https://www.nnss.gov/ 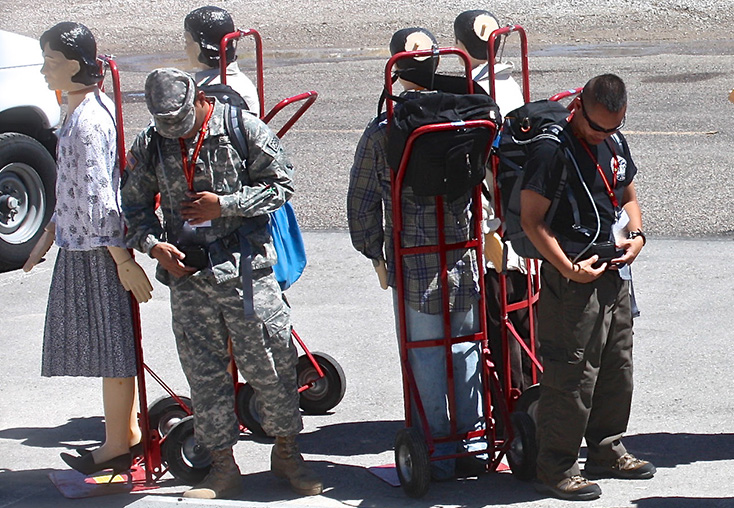 All CTOS courses are subject to a DHS certification process that utilizes third-party subject matter experts to validate the content of the course materials and ensure that the lessons are meeting industry standards and regulations. In addition to all courses undergoing certification, all CTOS instructors must complete the DHS and NDPC Instructor Certification Programs. Instructors all possess both DHS and NDPC Instructor Certifications, which provides CTOS with a consistent approach to ensuring only highly skilled instructors with both field and classroom experience deliver DHS-sponsored training.

To find out if your organization or agency is qualified for this training, call 877.963.2867 or email ctosreg@nv.doe.gov

WHO TRAINS WITH CTOS?

The target audiences for courses delivered by CTOS are the following professional disciplines, as well as the private sector and citizens through its courses as identified by the DHS/FEMA National Preparedness Directorate (NPD) National Training and Education (NTED).

All CTOS courses are offered at NO COST to eligible participants.

WHAT TRAINING IS OFFERED AT CTOS? 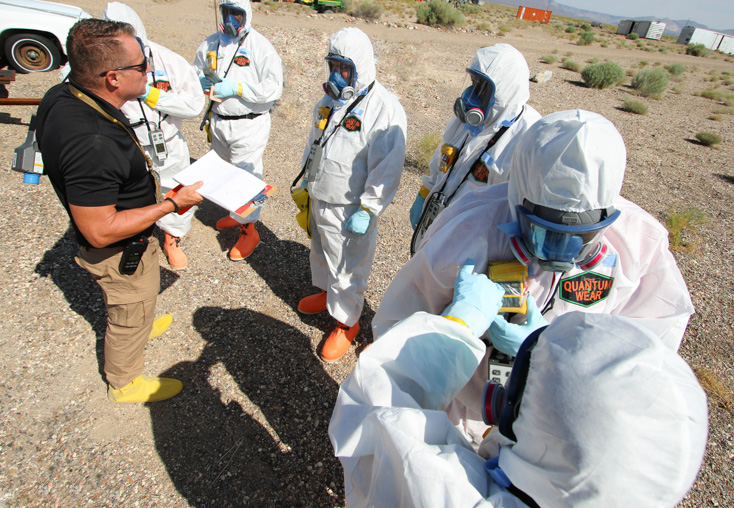 CTOS conducts performance-based training through resident courses at the NNSS or by mobile training teams (MTT) at local jurisdictions preparing responders to take immediate, decisive action in preventing or responding to terrorist use of a radiological/nuclear Weapons of Mass Destruction (WMD).

With the exception of awareness-level and online courses, all courses deliver performance-based training, using actual radioactive material. Radioactive sources and classroom activities are controlled and doses to students are monitored to ensure minimal potential dose to class participants (lower than a chest X-ray or a typical round-trip airline flight across the U.S.). However, radiation levels are sufficient to practice techniques needed in a real incident involving much higher levels. All attendees operate radiation detection and measurement instruments throughout each performance-based course. Attendees practice with radioactive material in the classroom and during drills and exercise scenarios.

The Preventive Radiological Nuclear Detection (PRND) mission is designed to enhance the ability of the United States to detect and prevent terrorist attacks and other high-consequence events utilizing nuclear or other radiological materials that pose risk to homeland security throughout our Nation.

Training provided by CTOS is designed to provide first responders with the capability to perform the functions required to fulfill the mission as outlined in the national resource typing definitions, position qualifications and Position Task Books (PTBs) which are provided by the Federal Emergency Management Agency (FEMA) National Integration Center (NIC).

CTOS provides PRND training for each of the following positions:

CTOS provides response training designed to prepare first responders, law enforcement and the whole community with the capability to safely respond to and manage radiological nuclear Weapons of Mass Destruction (WMD) including:

WHERE DO WE TRAIN? 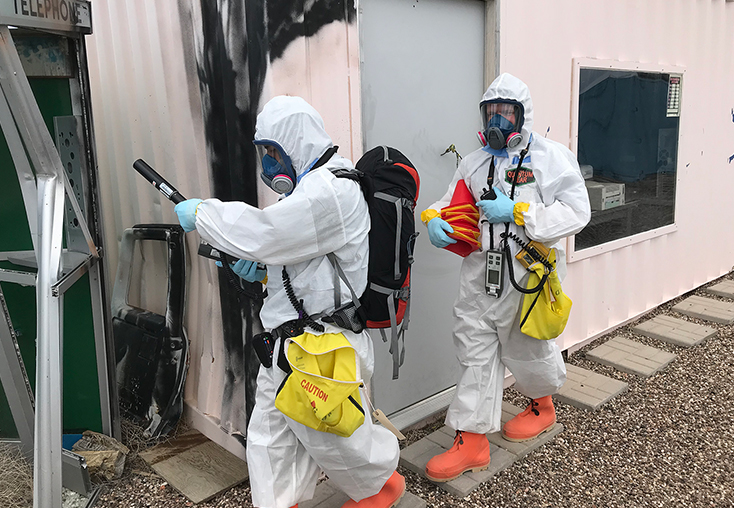 After the terrorist attacks on September 11, 2001, the CTOS training program converted the T-1 Site at NNSS into a training center demonstrating an American community attacked by terrorists using an IND or multiple RDDs. Completed in 2004, the T-1 Site is once again being used to prepare the country to respond to and mitigate the effects of a nuclear attack. The Radiological/Nuclear WMD Incident Exercise Site (T-1 Site) at the NNSS covers approximately 40 acres allowing over 100 emergency responders to participate simultaneously.

To find out if your organization or agency is qualified, call 877.963.2867 or email ctosreg@nv.doe.gov

WHY TRAIN AT CTOS?

CTOS represents the National Nuclear Security Administration (NNSA) Nevada Field Office (NFO) as a charter member of the National Domestic Preparedness Consortium (NDPC). The mission of the NDPC is to enhance the preparedness of federal, state, local, and tribal emergency responders/first receivers and teams, including non-governmental organizations and the private sector, to reduce the nation’s vulnerability to incidents involving weapons of mass destruction, terrorism, and all-hazard high consequence events by providing technical assistance and developing, delivering, and assessing plans, training, and exercises. The NDPC operates under the oversight of the U.S. Department of Homeland Security/Federal Emergency Management Agency/National Preparedness Directorate (DHS/FEMA/NPD) National Training and Education Division (NTED). For further information on NDPC and its partners click here.

With the exception of awareness-level and online courses, all courses are “live agent,” using radioactive material. These courses are designed and monitored so attendees receive only minor radiation dosages (lower than a chest X-ray or a typical round-trip airline flight across the U.S.); however, radiation levels are sufficient to practice techniques needed in a real incident involving much higher levels. Each attendee operates and employs radiation detection and measurement instruments throughout the course. Attendees practice with radioactive material in the classroom, and during drills and exercise scenarios. The NNSS exercise areas can be configured in thousands of square feet at elevated radiation levels.

"No cost to the agencies is win-win. Training for free is a benefit to the department and the citizens of Corpus Christi Texas. I hope that I can attend another one of your courses in the near future… Thank you again" 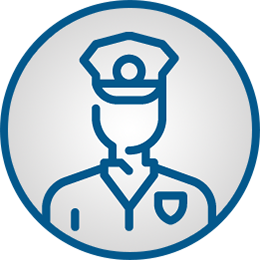 An Officer with the Corpus Christi, TX Police Department

To find out if your organization or agency is qualified for this training, call 877.963.2867 or email ctosreg@nv.doe.gov